Whenever I mention attending a public event to my daughter, she says, “No. I don’t like people.” We laugh after she says it, but there is a lot of truth in it. I hear other people saying it too. God wants us to love; He doesn’t mention like.

The word ‘love’ is mentioned 365 times in the Bible.

That would signify enough love for each day of the year. It depends on what version of the Bible, but I can see where that might be true. God wants us to be filled with love each day. Where we get hung up is spilling it out on others. The amount of love we give will be the amount we receive.

I went to a community event lastnight. Living in small town Texas, I have not taken time to plug into the community.

They had their annual tree lighting in the square. Not sure you can call it a square, more like the grassy area near the four-way stop. This town consists of one intersection, a Post Office, Fire Department and one gas station.

It was windy and misting rain, but I felt led to go.

There were probably 30 or 40 people there at one point, and the atmosphere drew you in. They had a bonfire blazing with colorful metal barrels placed around it for seating. An old pickup truck pulled up near the fire, opened the doors and let the stereo blare Christmas music. We learned to talk over it.

There was a table with hot chocolate and cans of whipped cream. A young lady was walking around with a container of homemade cookies, holding them under our noses. I sat on one of the barrels and talked to the people around me. It was nice to sit and listen to their stories and to laugh.  A few knew that it was God who brought them here.

It was my first time in the community, and being in a small town, everyone knew I had moved there. I had become known as the lady with the giant Rooster in her yard. When they asked where I live, and I pointed down the road, they would gasp and exclaim, “You live in Pete’s old house and have the giant Rooster!” Well, I guess I could be known for worse. 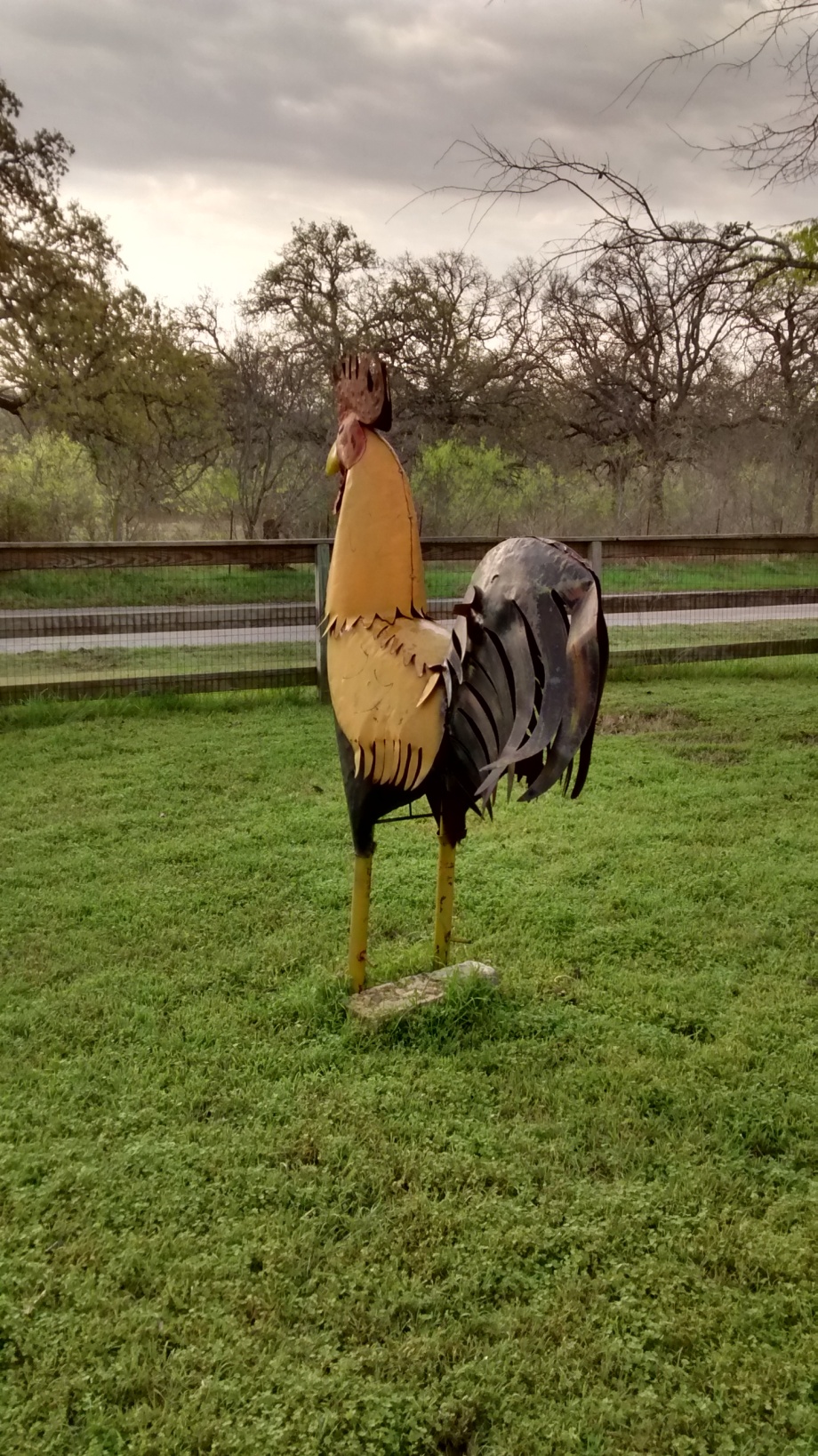 As I said my goodbyes and turned to leave, a man yelled, “We need volunteers at The Community Center.”

I stopped walking, turned toward the man and started walking back to the group of people. I gave him my number and told him I would be happy to help. His wife was standing next to him, and she said she would call.

I asked God earlier in the day to use me to serve others. The day was almost over, but He did.