My Fearless community adds value to my life. During our Team call, I recommended the Morning Pages to a Team member, because I used to do them and saw value in them. Then I asked myself, “Why did you stop writing them Barb?”

My Fearless Team member ran with the idea, and has 3 weeks under his belt. He’s doing so well with it, he inspired me to start writing them again. The main reason I stopped was out of frustration. I couldn’t complete the 3 pages of longhand Julia recommends, but then I heard her voice say, ‘Grab three pieces of paper.’

I’d been using a notebook to write the morning pages, and it was uncomfortable to write in. It was bulky and larger than a regular piece of notebook paper. Eyeing the stack of notebook paper from my daughter’s school stash, I grabbed three pieces of paper and laid them on the table. As I began to write I felt my hand glide across the page and noticed it was resting flat on the table, not elevated by the thickness of the notebook. After completing page one, I went on to page two and then three!

Morning pages are to be written first thing in the morning, and it’s different than Blogging. These are thoughts not fully formed in the mind and feel scattered. Pen to paper helps pull them together and smooth them out. They are not to be shared with anyone, so you can say whatever you darn well please. I do this before anything else, even coffee, so there’s a commitment.

As soon as your eyes open you’ll need:

What better place to scatter words than onto an empty page.

I’m not used to feeling this relaxed in the middle of the day!

My daughter just looked at me feeling all chill. My limbs are still feeling the stretches done on the mat this morning. My posture is on point, and I’m cradled in contentment. 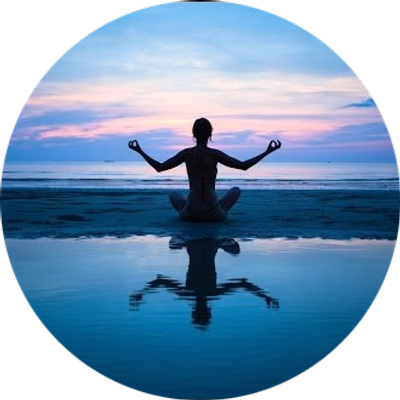 I fell in love with the practice of Yoga a few years ago.

It was not something I would have done if my daughter was little, but the first time we went to a Yoga class, she was a teenager. Being a single Mom, sometimes the only way to do something you want to do, is to take that child with you!

It’s good for them, and you. They get to see what makes your heart happy, even if it bores them to tears. They should want a Mom that takes care of herself, so she can take better care of them. At this moment, my daughter could ask for anything, and within reason, she would probably get it. (Except a puppy) I’m that freakin’ chill! 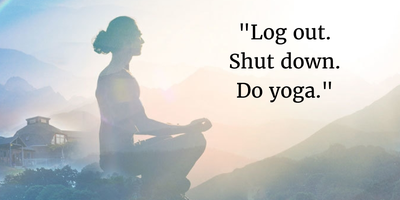 This class is only available Sunday mornings, and the Yoga studio is right down the street. I’ve tried doing online Yoga, but I’m sorry, it doesn’t compare to an actual class. The vibe from being in the studio, with an instructor, and the other participants is rejuvenating, and healing within itself.

The class is called Chillville for a reason. It’s an hour and a half long, and you hold a pose for several minutes, sinking into the mat, watching your thoughts float by, until you’re completely present.  The first time I took this class, I was so fidgety, I was ready to leave about halfway through!

My body couldn’t be still because my mind was racing.

It was the most challenging Yoga class I’ve ever taken.

To stretch and hold the pose. Today, my mind eventually slowed down, and became in sync with my body! It took time, but I could feel myself becoming one with the mat. It was a magical moment, and I’m hooked on this class.

It’s was the best money I’ve spent in a very long time.

If you’re a single Mom, you look at every dollar before spending it. This class is the longest, and most expensive class the studio offers. It’s $13.00. The other classes during the week, are half that much. Do you invest in yourself?

My daughter was home this weekend, and not at her Dad’s. I invited her to come to the class with me, but she said, “Mom, that’s your thing, and you should go.” She chose to sleep in, and then planned to go to her fave coffee shop with her new book. We both did something good for ourselves, but the day is half over, and I’m still in Chillville.