The Waterpik is mocking my new habit.

It’s showing me new habits are work. The jury is still out whether healthy habits are more difficult to stick with than bad habits are to break, but I enjoy the trade.

Replace a bad habit with a good one.

You have to stick with it everyday, no matter how ridiculous it may seem.

I stepped out of the shower and forgot to use the Waterpik. That’s twice this week, which didn’t set well with me. The first time I left it sitting on the counter, but today, I remembered to sit it on the edge of the shower.

Unfortunately, it was behind the curtain, so I forgot it was there. As soon as I pulled the curtain aside, I saw it.

Standing in front of the vanity, all warm and cozy in my robe, I could see how easy it would be to say, “I’ll do it tomorrow.” For some reason this year, I’m keenly aware of our numbered tomorrows and try to do what’s in front of me to do, right then.

I disrobed, wrapped a towel around me and stepped back into the shower. By then the water in the Waterpik had become cold, so it felt like shards of ice stabbing my gums, but…I did it!

That helped drive home the habit even more. 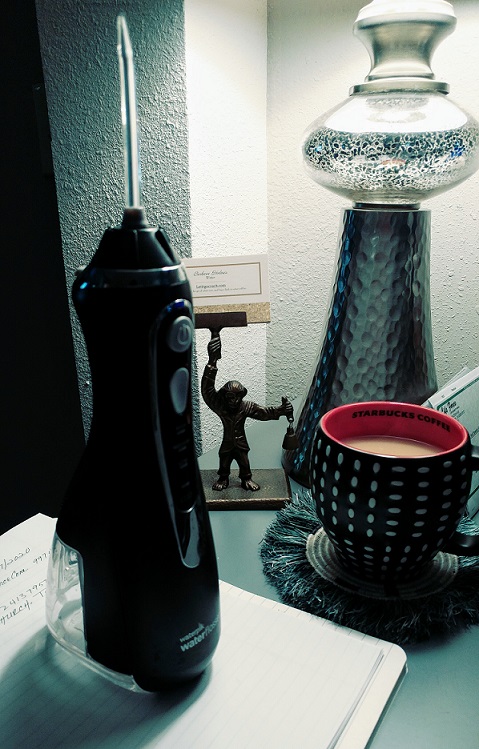 Here’s what I learned. Next shower, I will use it immediately while the water in the chamber is still warm. It will go all the way in the shower with me, instead of just to the edge. To create a new habit we must go all the way, every single day.

Earlier today, my daughter and I were talking about our little book of ‘Never Agains‘. Then she flipped the conversation around and began talking about the best thing ever. Like, the ginormous bag of cotton balls we purchased, just because it’s the biggest bag we’ve ever seen. (pillow size) We can always use cotton balls.

A couple of weeks ago, we were out shopping, and came across a Valentine’s Day display. It was in the kitchen area of the store, and my daughter fell in love with a little whisk. She’s uses her favorite whisk so often, we were questioning how much longer it would last.

I scooped up the whisk from the Valentine’s display as we continued walking through the store. I didn’t look at the price.

When we arrived at the self-checkout, we scanned it and stared in disbelief at the register display. The whisk cost $1.00. 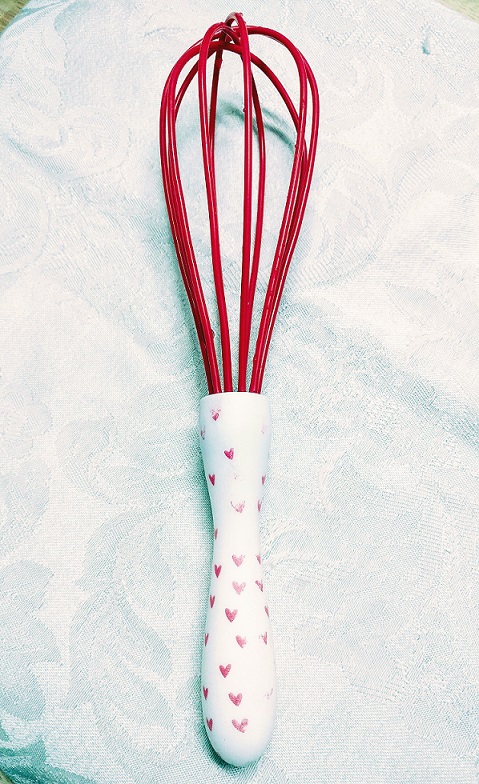 Today, we flipped the book of ‘Never Again’s’ over and began writing ‘Always Again’s’, from the back of the book. This little book now has two covers. One is ‘Never’s’ and the other side is ‘Always’.  I’m curious to see where they meet.

The bag of cotton balls, and this whisk are written in the ‘Always Again’ side. As you can see, the hearts stamped on the handle are fading from use. It’s been loved.

Tonight I believe our little book, and what we’ve written in it, is the best thing ever.

That’s what I want to do, but that voice of reason came calling this morning and warned me of past mistakes. Was it really a mistake, or just part of the path that landed me here?

I’ve learned so much from my mistakes, I’m thinking of making a few more.

My daughter and I have made so many mistakes, we have a little book entitled, ‘Never Again.’ In the book is a list of things we’ve tried, but they turned out to be mistakes. It’s quite humorous.

You’re consistently trying new things and that’s good. I don’t dwell on the word, ‘mistake.’ If that were the case, I’d still be in an unhappy marriage and my life would be completely different. I’m not sure I’d still be sober.

If we confide in others with our decisions, they may say, “You’re making a mistake.” If they have experience in that area, that’s wisdom. If they don’t, it’s merely their opinion sprinkled with fear.

As my daughter often says, “If it isn’t scary, it isn’t brave.” Don’t be afraid of making a mistake.

The year of lessons learned. Learning is not always enjoyable, but it’s necessary for the next part of the journey. I’ve let go of things that had heart strings ingrained. There’s been many a fork in the road and I don’t normally take the easy path. Let’s just say I took side roads.

If we can wrap our hearts and mind around the first two, number three happens naturally. The kicker is….it’s not immediately seen. The ‘reason’ will eventually show up, if we have faith.

Believing there’s goodness in the unseen.

Find comfort my darlings in these three things.

I’m not very good at quitting. As soon as that thought entered my mind, another thought followed. ‘You don’t have to quit, but you can stop.’ I’m good at stopping. … END_OF_DOCUMENT_TOKEN_TO_BE_REPLACED

I bought a yard globe for the front yard.

It looked fabulous in the store, but when I got it home and placed it in the flower bed, I didn’t like it at all. It was not right so, I took it back to the store.

Is there such a thing as too much bling?

I was happy for not hesitating long before taking it back. I’m a laid back soul, so I pondered it trying to make it work, but I’m just not willing to settle.

I read a Blog yesterday written by someone I follow. We are on the same page in our philosophy of letting things go. She let go of her supplies to a long time craft she had loved, but wasn’t enjoying anymore. The title of her Blog sums it up nicely.

It says, “Cut the ties that bind, even though you loved them.“~Co-Creating and Cowgirl Wisdom.

She says in her post that even if she returns to the craft she would buy new tools, so it was time to let go of what she had. Let someone else enjoy them like a beginner. The tools for the craft have been updated, and now she knows there is better.

It was easy to return the yard globe to the hardware store, but other choices pull at our heartstrings more. I assure you lovely. There is better.

Everyday at the pizza place is different.

It depends on who and how many walk in.

When I leave to go home, God shows me a little snippet of why I’m there. Last night was no exception. I made mistakes.

I work the front of the restaurant alone.

Lastnight, several families came in at once.

I was trying to take their order as quickly as possible and get them seated, so they could enjoy their evening meal. I need to stop moving so quickly.

Two families ordered beer with their pizza. The register has changed. You used to be able to tap the name of the beer and it would add it automatically, but we’ve added pitchers of beer along with mugs.

Now you have to choose the size, or it doesn’t know the dollar amount to charge. Just the name of the beer and $0.00 appear. I forgot to tap the ‘mug’ size, so I had just given 4 people free beer. 😦 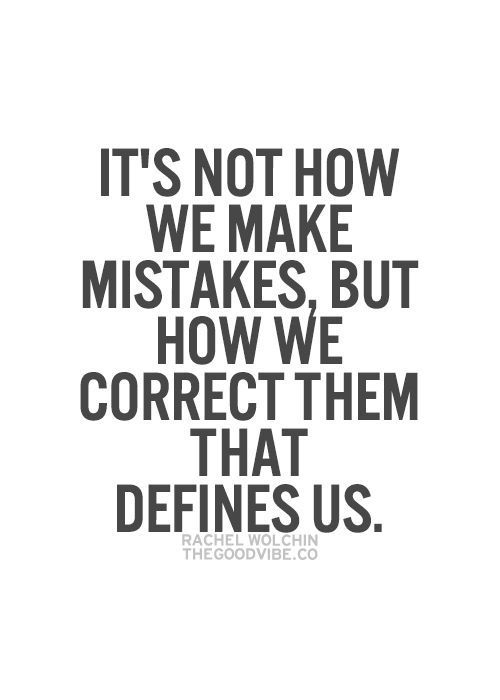 I addressed one couple about my mistake. They didn’t think anything of it. The woman came up to the counter to pay, and ordered two more.

Then there was this sweet, elderly couple sitting over in the corner. Sipping their beer and enjoying the pizza. I didn’t have the heart to tell them!

I told myself that I would suck up my mistake, and cover the cost of their beers, but God had other plans. God doesn’t want us to carry the burden of a mistake. He wants us to learn from it and move on.

The elderly gentleman came up to the counter holding an empty glass. He asked for a refill, and that’s when I apologized and told him I hadn’t charged him for the previous two. He understood and handed me enough cash for all three.

He placed the remaining dollars in the tip jar!

Something like this happens when I begin to rush. I make mistakes, but I continue to learn. The owner of the restaurant doesn’t want me beat myself up. He always says, “C’mon Barb! It’s only pizza!”